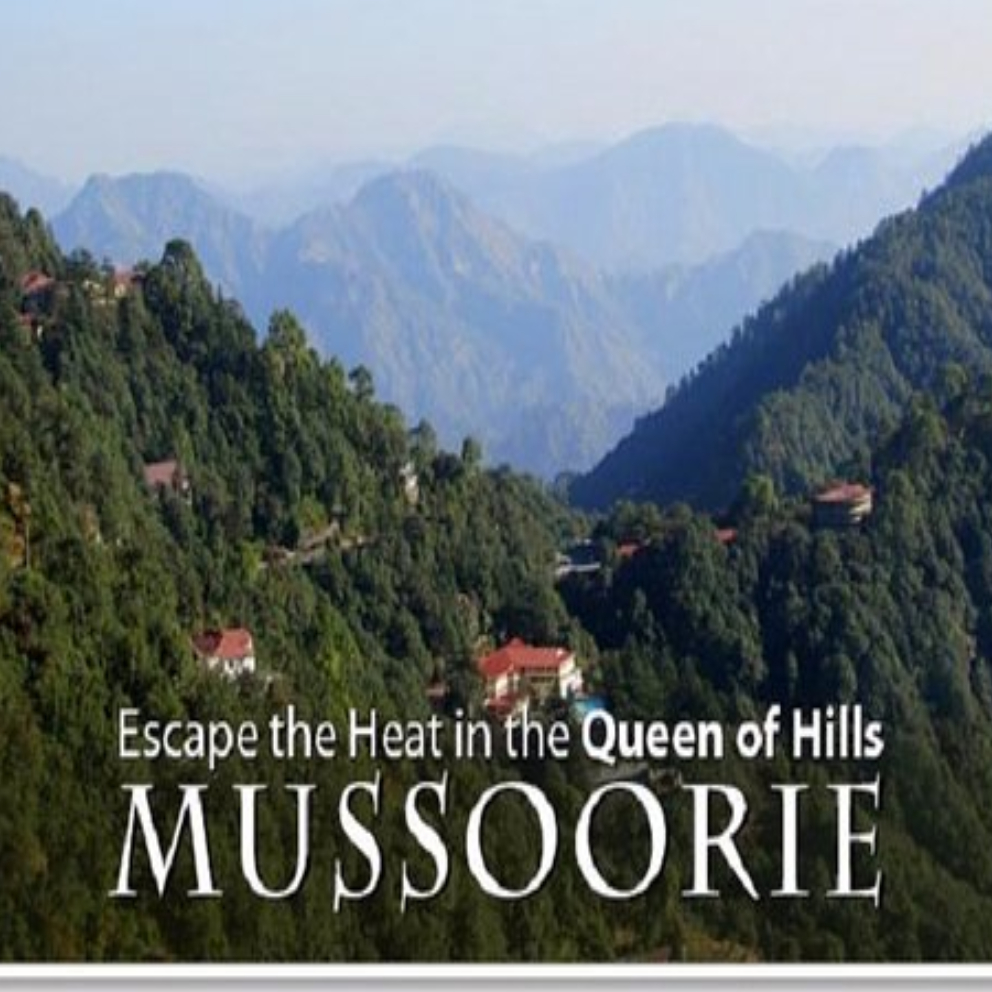 Tourism, concentrated during summer and winter, is the most significant segment of the Mussoorie economy.

Bhadraj Temple is a famous temple in Yamuna Valley. It is dedicated to Lord Balram (brother of Sri Krishna). People visit here to go trekking and for camping. Greenfield is a safe place for camping here. There are views of the Chaukhamba and Banderpunch peaks.

Dhanaulti is a hill station located 24 km (15 mi) away from Mussoorie. The Doon Valley and snow-covered Garhwal Himalayas can be viewed from there.

Camel’s Back Road incorporates a nature walk. The road, which takes its name from a rocky outcrop in the shape of a camel’s hump, contains hotels, motels, and a cemetery.[citation needed] The oldest Christian church in the Himalayas, St Mary’s, is above Mall Road.[citation needed]

Lal Tibba earlier was at the highest peak of Mussoorie where presently TV Tower is located. The earlier Lal Tibba peak had a fixed large binocular through which one could see the snow clad peaks of Himalayas that lies to the north. After the construction of TV Tower the binocular was shifted on the Landour ridge towards west which is now named as Lal Tibba and is located near “Childer’s Lodge”.

A honeymooning couple on Gunhill in Mussourie

Gun Hill is the second highest point of Mussoorie, at an altitude of 2,024 m (6,640 ft) and at 30.4953°N 78.0745°E, and is accessed by cable car constructed from the Mall road. The cable car was constructed by the efforts of Mr. Hukam Singh Pawar when he was the Chairman, Mussoorie Municipal Board. At Gun Hill is a cannon previously used to sound midday time for the local inhabitants.[citation needed]. It is the second-highest spot after Lal Tibba.[18]

The Kempty Falls, 12 m (40 ft) high and 1,400 m (4,500 ft) above sea level, is 15 km (9.3 mi) from Mussoorie, accessed by track and ropeway from Mussoorie-Yamuna Bridge Road. The Britishers on their way to and from Mussoorie to Chakrata camped at the falls for tea and therefore the name Camp Tea became Kempty.[citation needed]

About 5 km (3 mi) before Kempty Falls on the Mussoorie-Kempty road is Lake Mist, through which flows the Kempty river with its numerous small waterfalls. The resort of Lake Mist provides accommodation, restaurant facilities and boating.

The Municipal Garden provides an artificial mini-lake with paddle boats. It is 4 km (2.5 mi) by road transport and 2 km (1 mi) via Waverly Convent School road on foot.

The newly developed[when?] Mussoorie Lake was built by City Board and Mussoorie Dehradun Development Authority.[citation needed] The lake, providing pedal boats and views of Doon Valley and nearby villages, is 6 km (3.5 mi) from Mussoorie on the Mussoorie-Dehradun road.

Bhatta Falls are 7 km (4.5 mi) from Mussoorie on the Mussoorie-Dehradun Road near the village of Bhatta. The falls are 3 km (2 mi) by foot from Bhatta which can also be reached by ropeway started around in 2019

Jharipani Fall is on the Mussoorie-Jharipani road, 8.5 km (5.5 mi) from Mussoorie.

Mossy Fall is surrounded by a dense forest and is 7 km (4.5 mi) from Mussoorie, and is accessed via Barlowganj or Balahisar.

At Park Estate are the remains of the building and laboratory of Sir George Everest, the Surveyor-General of India from 1830 to 1843. It is after George Everest that the world’s highest peak Mt. Everest is named. It is 6 km (3.5 mi) from Gandhi Chowk and a scenic walk from Library Bazaar, although accessible by road transport to at least Haathi Paon. The place provides a view of Doon Valley on one side and a panoramic view of the Aglar River valley and the peaks of the Himalayan ranges on the other.

Standard Single Rooms come with either double or single beds. Designed in open-concept living area, they have lots of in-room facilities.

The room sizes vary from 20 to 25 sqm. They are also equipped with a fully-stocked minibar and snacks, air-conditioning unit, two comfortable chairs, makeup mirror, huge wardrobe, a soft hand-made carpet and ensuite bathroom.

Moreover, you may also order any type of meal any time as we work around-the-clock.